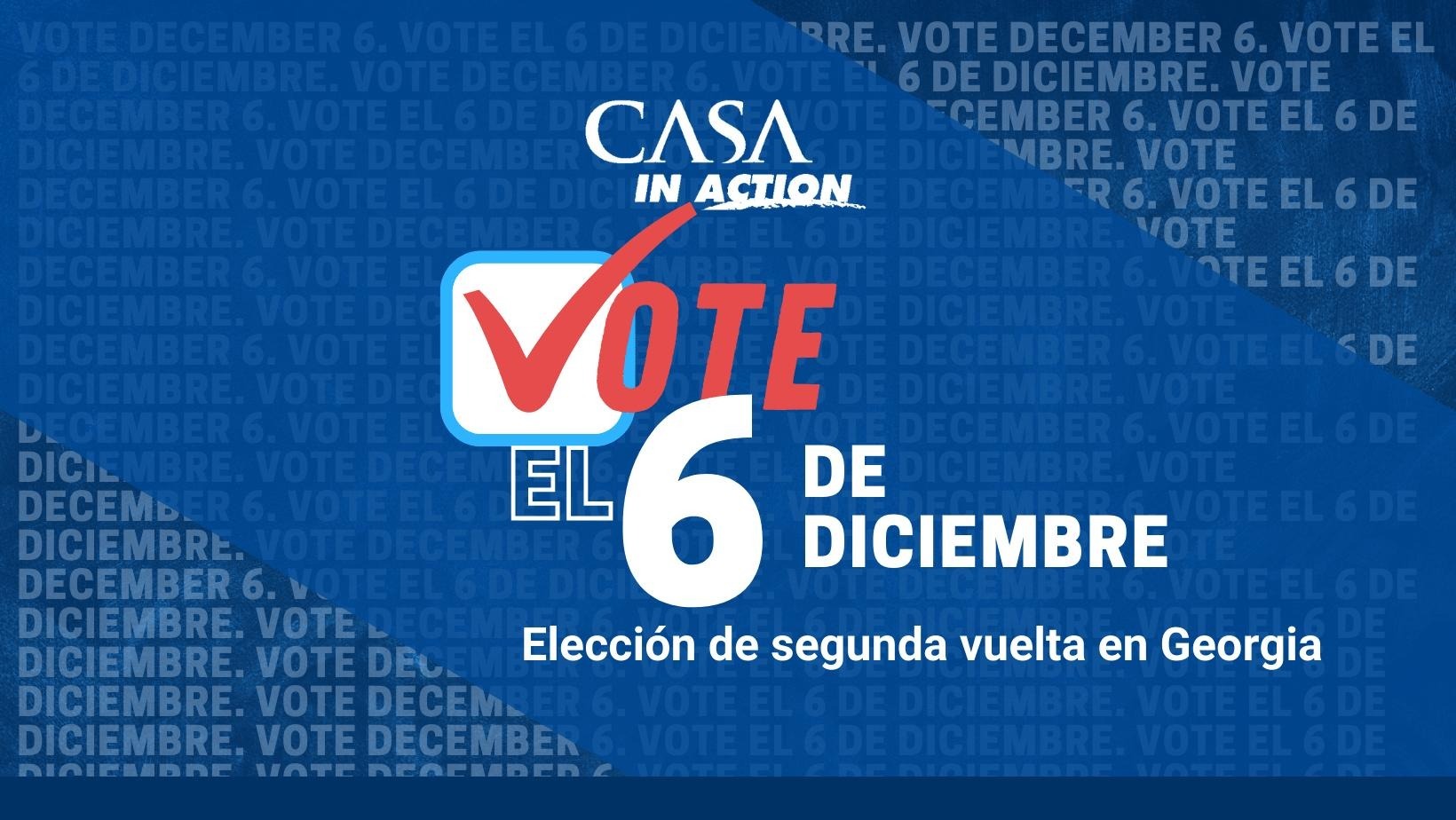 CASA in Action Continues Campaign for Warnock into Runoff

ATLANTA, Ga. — CASA in Action, a champion for Black, Latino, and immigrant voter mobilization, announces its ongoing commitment to have Rev. Raphael Warnock reelected to the U.S. Senate and stave off Congressional deadlock for the next two years. The organization is on the ground in Georgia, galvanizing voters in communities of color and urging their participation in the runoff elections on Dec. 6. Victory in Georgia will be key in securing Democratic Control over Senate committees, and expanding Democrats’ narrow majority in the upper chamber.

CASA in Action’s participation in the Georgia runoffs builds on its myriad successes during the general election campaign, including helping elect Maryland’s first Black governor and sweeping the top of the ticket in that state; Democratic control of the Governorship and flipping a U.S. Senate seat from Pennsylvania; as well as retaining key Congressional seats in highly competitive districts in Virginia. The organization’s efforts were essential to electing Sen. Warnock in the first place, during the Georgia runoff special election in 2021.

As an organization, CASA in Action is dedicated to working with partners around the country in order to defend this hard-won Senate seat. Individuals who want to contribute to CASA in Action’s campaign efforts in Georgia can donate here or sign up here to volunteer with the organization’s electoral efforts.

CASA in Action is an electoral powerhouse of over 122,000 lifetime immigrant and working class families that moves Black and brown voters to elect progressive champions who will fight for healthcare for all, immigrant, criminal, and climate  justice, and a fair economy. For more information, please visit CASAinAction.org. Follow us at @CASAinAction.