Latino, Black, and Immigrant Voters Turn out in Unprecedented Numbers Thanks to CASA in Action 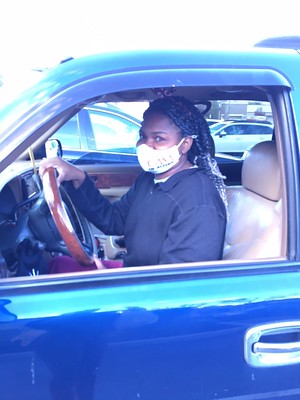 York, PA – For months amidst the coronavirus pandemic, electoral powerhouse CASA in Action led a fierce people of color voter turnout in Virginia and Pennsylvania. In a sea of disenfranchisement and disinformation from the White House, CASA in Action’s voter empowerment campaign led 1.2 million engagements with low-propensity voters in these two states: 661,000 calls; 525,000 texts; 52,000 knocks; and 523 volunteers.

“We are in a momentous time where millions of Black and brown voters cast their ballots in unprecedented numbers to make their voice heard,” said Alonzo Washington, CASA in Action Executive Director. “People of color are an unstoppable force resilient in the face of constant attacks on our families, our jobs, and our health. No matter the income, race, background, or education level, our votes decide who shall lead our country. Every vote cast early, by mail, and in person has underscored the people-powered movement strengthening our democracy.”

Outreach centered the power of Black, boricua, and immigrant voters eager to dismantle the white supremacy that has tainted politics in Pennsylvania’s Lancaster, York, Chester, Dauphin, and Delaware Counties. In Virginia, a team of Hampton Roads and outer NOVA canvassers dug deep to move voters this year with an eye to statewide elections in 2021.

CASA in Action Pennsylvania phone banker Doris Lopez, in her 4th year of commitment to voter mobilization, had this to say: “Many Latinos don’t vote because they don’t have information about where to vote or about all the candidates that are running. Because of the work we are doing with CASA in Action, we are getting more people out to vote. Unfortunately the person we have in the White House does not care about immigrant families. He is very racist and against everyone. Biden will increase the minimum wage and fight for immigrant families. And Kamala Harris is my favorite!”

In order to convince skeptical new citizens and voters disillusioned with a failed system, CASA in Action started early! Since January, CASA in Action’s PA field team conducted conversations with voters throughout our core turf both in person and on the phones, and through texts and relational organizing tools. Flexibility was key in order to respond to the rapidly changing landscape produced by Trump’s disinformation campaigns regarding mail-in ballots, ballot counting changes, and USPS delays as well as the flagrant GOP attempts to make voting more difficult. Altogether, CASA in Action had 70 full time canvassers getting in touch with voters.

CASA in Action led its largest-ever communication campaign geared towards boosting enthusiasm, voter confidence, and participation among voters of color while continuing to drive messages digitally to our entire field universe. Digital communications was a key tool in further engaging a multiracial coalition of voters that are low-propensity, people of color, Spanish-dominant, and immigrants. Voters engaged in the field outreach were retargeted on social, serving up educational content and digital event opportunities. Ads highlighted Trump’s failed handling of the pandemic, tax scandal, attacks on TPS and DACA, as well as the GOP’s history of white supremacy and xenophobia.

Jazmine Cheeseman, a life-long resident of Hampton, VA, became a pro at convincing voters that the effort was worth it. According to Jazmine, “This election is important because of my four-year old Ashli, and the importance of making a change. Right now, the main thing is not knowing what we are doing about the coronavirus with kids. I want someone in the White House looking out for these children.”