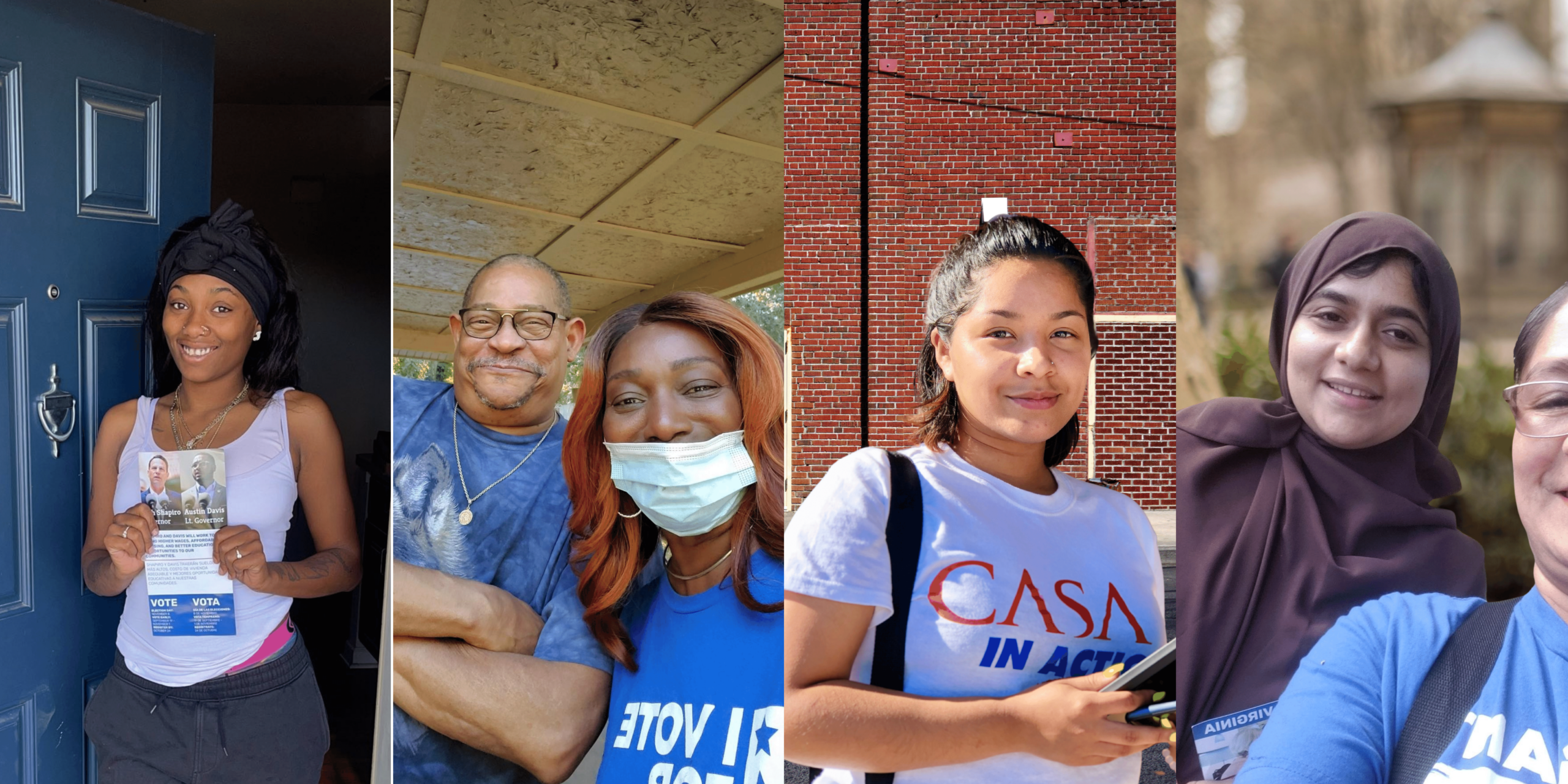 ANNAPOLIS, MD – The board of immigrant and working family electoral powerhouse CASA in Action announces its latest slate of endorsements in the Maryland Democratic primary. This exciting lineup champions progressive candidates aligned with CASA in Action’s values who will fight for our communities.

The CASA in Action board announces the following endorsements:

“On issues like immigrant rights to housing justice to healthcare for all to policing reform, these candidates exemplify CASA in Action’s progressive values and will fight for our families every step of the way,” said Gustavo Torres, CASA in Action board president.

In a year in which we will finally leave the pall cast by a Republican Governor, we are confident that these leaders will be key in guiding Maryland as we enter a new era of commitment to progressive values. CASA in Action’s latest endorsements include Speaker of the House of Delegates Adrienne Jones, Maryland’s first Black Woman Speaker who has led her chamber in historic immigration reforms, and Paul Pinsky, a Prince George’s Senator who led the passage of the most significant climate reform in a century. Additionally, it includes state senate candidate Max Socol, who was recently arrested pressing Congress for reforms for immigrant families, and Jamila Woods and Jazz Lewis, fierce fighters for justice and long-time friends of CASA in Action. We are proud to endorse Laurie-Anne Sayles, who will make history as the first Caribbean-heritage member of the Montgomery County Council. Board members spoke emotionally about their pride in endorsing CASA in Action Executive Director Alonzo Washington for reelection as Delegate in the 22nd district.

CASA in Action will play a significant role in engaging Black and brown voters from across the state to elect these dynamic candidates. In making endorsements, the CASA in Action board, democratically elected from activist committees across four states, reviewed voting history, questionnaire responses, history with the organization and its members, and electoral viability. Previously issued CASA in Action endorsements for the Maryland primaries are on this webpage https://casainaction.org/maryland